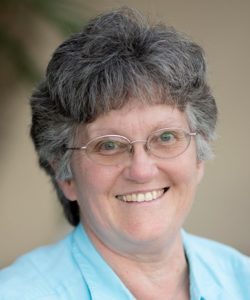 My Alpha story began last year, with a diagnosis of breast cancer. I had surgery that removed all of the cancer and began chemotherapy treatments. The treatments took a toll on my body and emotions. I began the radiation treatments and after finishing the last one I was just beginning to feel good. Then, being at risk for getting cancer again, I was told I would need to take a preventive medication for the next five years.

Shortly after taking the first few doses I started to experience one of the side effects, depression. I also began an infusion treatment to treat a genetic protein known to cause cancer cells to grow more rapidly. It has its own list of side effects that were very mild compared to the chemo drugs, but still left me feeling weak and tired all the time. Adding this drug to the other seemed to be a double whammy on my emotional state and I was having trouble dealing with everyday life without feeling like crying all the time. It was difficult to get through each day because of this dark cloud of sadness hanging over me. I prayed for God to restore His joy and peace in my life. I was sure He was listening and would help me, but I had not yet been able to find the relief I was seeking.

Iris Geist invited me to attend the Alpha course with her. I missed the opening session, but started the following week. I was desperately in need of some Christian fellowship and it seemed to be just what I needed. I was careful not to say too much in the small group discussions since I couldn’t seem to talk without getting emotional. I mentioned this to the group and they assured me that it was okay and that this was part of what the Alpha course was all about.

Midway through the course I attended the Alpha Day Away. I didn’t make the decision to go until a couple of days before the event. So much was said about this special day that I decided I would go. It was the turning point for my situation.

There was a portion of the day where we could do whatever we felt like doing. I chose to sit where I was and spend my time in thought, prayer, and tears. One of the people from my small group came over and asked if she could sit with me. She let me talk and share what was on my heart. One of the things I spoke about was the fact that I didn’t think I had enough faith to have the depression lifted. She said she didn’t think it was a lack of faith, but more about God’s timing. The last part of the day was devoted to communion and prayer. After I had taken communion, I was asked if there was a specific prayer that I needed. One prayer came to my mind, and that was for God to be stronger than the medication I had to take. I was thinking that I needed to stop taking the long term preventive medication until the infusion treatments were over. God obviously had other plans. The group laid hands on me and several people prayed.

I received an answer to my prayer three days later. I woke up that day feeling like a weight had been lifted and the dark cloud of sadness was gone. God deserves all the praise and all the glory since He knows what I need better than I do. I had no idea that accepting an invitation to the Alpha course would lead to such healing. I no longer suffer from depression or overwhelming sadness since God answered that prayer. Now I can get through my days with the peace and joy that so eluded me in the year since I was diagnosed with cancer. I am cancer free for over a year now and I can finally feel excited about it.

Looking back, now I know the Alpha course was God’s answer to my prayers and that he was using this to help bring back the joy and peace that I was so desperate to find. I am not able to keep silent about what God has done for me, so I have been sharing what happened with anyone who will listen, including my oncologist, the cancer counselor, and people at work, whether they are Christians or not. That is why I wanted to share my story in this way.

View all posts by Rob Horne →