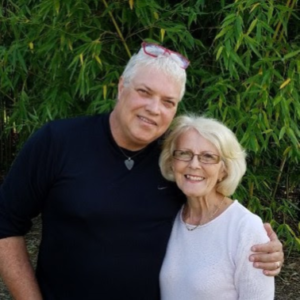 Rob and Sandy Fick have had 20 years of on-the-ground ministry in Turkey recording Christian Turkish worship music. God has now called them to turn the short-term ministry trip to Italy that they recently completed into a permanent ministry move. The need for missionaries with experience working with Muslims is huge in Italy. There has been virtually no ministry to the Muslim immigrants, refugees or Muslim community in general in Italy. Did you know that there are currently nearly 3 million Muslims in Italy and that is expected to double in the next 20 years? One of the reasons for this lack of ministry outreach to the Muslim community, in particular, is FEAR! Yes, people all around the world are afraid of people who are not exactly the same as themselves. This observation is sadly evident in their experiences in Italy. Their biggest prayer request at this time is to have an opportunity to form an openly Christian recording studio in Italy. It has become increasingly difficult to do so in Turkey where the Ficks have had serious personal security issues arise. They will develop worship CDs in the Italian and Turkish languages to reach their Turkish and friends and churches. The Ficks are now working hand-in-hand with the churches in Arezzo and Florence. Their mission is to build up and encourage their people to actively participate in sharing with their new Muslim neighbors the love of Jesus by sharing their own personal stories about what He has done for them. They will be developing “block parties” and “tea house” outreaches with music and “talk show” formats that allow the sharing of ideas and culture.