A Grace Too Powerful to Name 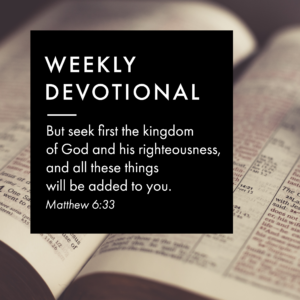 During the Home Church Service message several weeks ago, I shared this lyric from a song in the hit Broadway show Hamilton:  “A grace too powerful to name.”

In a dramatic and powerful scene, Alexander Hamilton and his wife Eliza are in a garden. There is distance between them, physical and emotional distance. Each of them is hurting for different reasons. Hamilton has hurt his wife deeply. Eliza is angry, hurt, betrayed.

Anybody who watches the scene can insert themselves into either one of these characters’ lives. I certainly can. I’ve been in Alexander’s shoes…the ones that don’t fit well, that are extremely uncomfortable and that I wish I could rid myself of…but shoes I need to keep walking in for many more miles before I can even hope to get new ones. I’ve hurt loved ones—even deeply. I know the pain of letting someone down and watching them stew in anger, hurt, and betrayal because of nothing they’ve done.

“Forgive us our trespasses as we forgive those who trespass against us.” –Matt. 6:12

In the midst of my pain, I hate that clause: “as we forgive those… “

I’m sure you’ve walked in both of these sets of ill-fitting shoes.

Back to the garden:  with one simple act, the scene and its musical score (and in many ways, the musical itself) reaches its climax. Eliza takes Alexander’s hand.

A grace too powerful to name. Forgiveness.

At a moment like this, “forgiveness” is merely a title or a term—a placeholder of sorts to label a primordial emotion of newfound joy and freedom, reclaiming that which was lost now having been found. Better yet, reconciling, redeeming, and restoring a relationship back to where it once was—or at least the opportunity to move it in that direction. Still better yet, I should just stop here because words simply have no business getting in the way. “It’s unimaginable.”

Insert the placeholder “forgiveness” here. It’s indescribable. It’s unimaginable. I’m sure you’ve exchanged those ill-fitting shoes for new and perfect ones as well.

A grace too powerful to name. Jesus.

“For God so loved the world that he gave his one and only son,
that whoever believes in him shall not perish but have eternal life
.” –John 3:16

Forgiveness. Grace. Love. Three of the most powerful and necessary forces needed for reconciliation to fit just right. God demonstrated this at the cross and He repeats this every day. He continually loves me, pours His grace upon me and forgives me. Not only so, but others in my life have taken His lead in their dealings with me—I’m sure grateful for this!

Now for me, the hardest part of all:  taking His lead along with the lead of others and extending that same forgiveness, grace, and love to those who have harmed me. In the words of the aforementioned song, “Can you imagine?”

It’s no surprise to me that the garden scene in Hamilton concludes with no words from Alexander himself. How could he? Forgiveness is just a title or a term—a placeholder of sorts. Words only get in the way. It’s unimaginable…unless you’ve been in those shoes.

Heavenly Father, you’ve shown me the most unimaginable grace in the forgiveness I’ve received through Jesus. Thank you for this gift. Help me to show this same grace and forgiveness with others as you have shown it to me. In Jesus’ name. Amen.

View all posts by Sean Kelly →